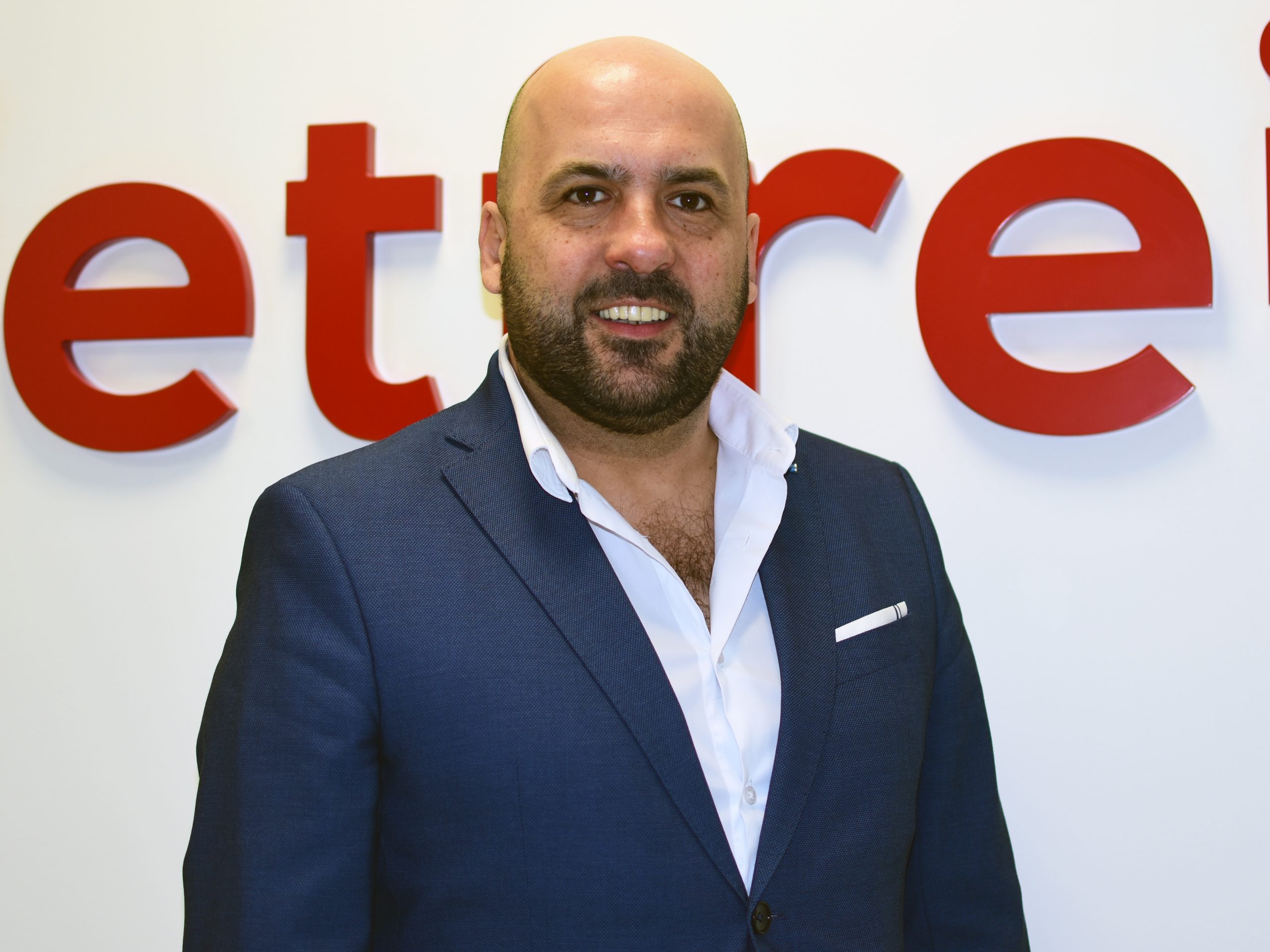 Logistics firm JetFreight focuses on tailor-made solutions, even during COVID-19

Volume of work in logistics sector is picking up, Jetfreight CEO says

Logistics company, Jetfreight Ltd, have underlined their commitment to providing bespoke shipping and delivery services, with the firm’s Chief Executive Officer, Olvin Galea saying that this attitude persisted even during the challenging circumstances presented by the coronavirus crisis.

“What matters most to us at JetFreight is not what we have to sell but, rather, what the client needs from us,” Mr Galea asserted, adding that the company leaves no stone unturned to ensure it has another satisfied client. To this end, the company’s professional and loyal staff members familiarise themselves with the client’s operations and come up with a tailor-made system that extends from shipping, to delivery and up to the point when the cargo is stocked, he explained.

The firm boasts access to the world’s major ports, and offers sea, road and air freight services, at highly competitive rates, through its global network of international partners. “We are a Malta-based logistics company with an international reach and operations. However, in Malta we can focus all our attention on our customers, and we are able to give them individual attention,” Mr Galea continued.

JetFreight is able to understand its clients’ needs for an expedient service at the right cost. It is also fully aware that companies need to have reliable logistics services for their own businesses to succeed. This is why JetFreight makes it a point to afford individual attention to clients: to see what their needs are and then to ensure they receive the type of service they require.

On paper, JetFreight is a young company, having been set up less than three years ago. However, most, if not all, of its top executives and people in administration have been in the business for a good two decades. Also, many of the 30 or so members of the team are not new to the logistics industry, having already done such work before joining.

JetFreight came to be after its executives were approached by Cuneo-based logistics and transport company Lannutti, with which they had a very long-standing business relationship. Lannutti, which is JetFreight’s main partner, has half a century of experience in the industry, with offices in eight European countries, a team of over 1,800 professionals and a fleet exceeding 3,400 road and multimodal vehicles. Moreover, Lannutti has 350,000 square kilometres of warehousing.

JetFreight has other partners too: Cargo Partner, a family-run business specialising in air and sea freight; UK-based Globelink Fallow, specialists in international freight to and from the UK; and DTL, which operates from Sicily. In addition, JetFreight works with a number of companies in the Far East, though not on an exclusive basis.

Together, these partners offer a good mix of container and trailer groupage services. Indeed, Mr Galea pointed out that JetFreight benefits from its partners’ economies of scale, thus affording the firm great connectivity, while still allowing it to remain small enough to give individual attention to clients, ensuring they do not become a mere number.

JetFreight offers weekly groupage services from across Europe to Malta, with the most popular hub being Milan, where it consolidates all its Malta-bound freight. Direct weekly shipping trips are operated from the UK, Milan, Bologna and Naples, the CEO further explained.

To Mr Galea, the company’s retail logistics is a feather in its cap. As such, it services Malta’s main retail communities twice a week using its dedicated vehicles. Recently added is the 3PL (third party logistics) service, which takes care of all of its clients’ requirements from the moment the cargo leaves its point of departure to when it reaches its final destination. JetFreight has also just launched a new trailer operation linking Sicily directly to Malta.

In terms of the process, the CEO explained that once a client secures a sale, JetFreight is informed and immediately takes over, ensuring the product leaves the supplier on time, is shipped to Malta, goes through port procedure and is delivered to the customer when needed. That, Mr Galea stated, leaves the client free to wholly focus on their core business.

On how the entire chain was impacted during the pandemic, Mr Galea said that operations continued in the same manner even throughout the COVID-19 containment period, though, the CEO admitted that the volume of work dropped, also because a large number of factories in Italy had to shut down due to the lockdown imposed by the Italian government to reduce the spread of the virus.

Mr Galea noted that the volume of work is now picking up again. He pointed out that the pandemic has taught everybody a lesson: to be more positive towards life and work in general. “True, the company’s turnover was adversely affected and the volume of work went down but everyone at the firm stuck together and worked to keep moving ahead,” the CEO maintained, noting that no job was lost within the company and no wages were cut.

Workers are very dear to the company, Mr Galea added, saying that JetFreight made heavy investments in both staff and equipment, including its fleet. More recently, it also invested in an IT system that is able to screen all cargo and also track freight in motion in real time so that, both the company and the client, would know precisely what stage it has reached. The company has dedicated people to handle the delivery and all the trucks in the fleet carry tracking devices.

The CEO explained that the company is very careful when employing people. “I want a team player,” Mr Galea insisted, adding that all staff members have experience in the field and showed ownership even in previous employment. There is hardly any staff turnover at management and administration levels, he underlined.

This is also partly due to the focus given to training to ensure top performance, as well as the implementation of ‘Impact Consulting’, a programme affiliated to Leadership Alliance International, which was engaged to conduct coaching assignments, tailor-made to suit JetFreight’s requirements at an international standards level, Mr Galea added.

Furthermore, as part of its continuous efforts to stress quality, the company also obtained ISO certification. Consolidating the customer base and being on the lookout for any new services it can launch always remain a priority to the company, the CEO asserted, stating this is a very price competitive industry. “There is a rate war every day. At times, it all depends on synergies and not on the quality of service offered. New synergies with new partners will reduce the time a truck spends on the road,” he explanied.

Mr Galea acknowledged that patterns are changing in the way retail is conducted. Online shopping is becoming increasingly popular, which could affect some sectors and the economy due to a chain reaction. Still, he agrees nobody can halt progress or change the future. What one can do is be prepared and move with the times and JetFreight Ltd is well-oiled to ensure the supply chain keeps running smoothly.

Jet Freight was entrusted with the move of a number of hi-tec mobile accommodation units for use as COVID 19 quarantine quarters aboard oil rigs.
April 10, 2020

JetFreight Sponsor Athlete Participating In Race To The Stones, In Aid Of Puttinu Cares
August 9, 2018 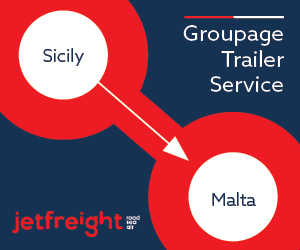 As Jet Freight Ltd we are proud to announce the addition of yet another new service to our portfolio. The service will consist of the delivery of goods from Malta to Sicily. This means that this offering is appealing to both private customers as well as businesses.

The service will comprise of weekly departures from our warehouses situated in the 2 main hubs in Sicily; Catania and Palermo by trailer. We are committed to offering the best rates possible both for groupage as well as full trailer loads.

Get in touch with us for more detailed information.